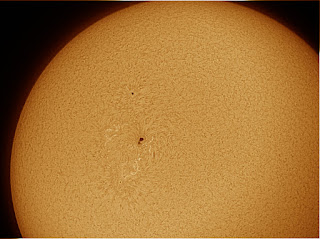 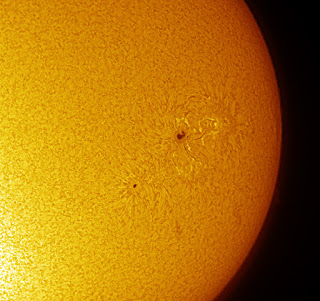 My new ASI 290mm arrived a couple of days ago, and this is the officially first light!

AR2785 and AR2786 come out on time to test my new gear, I have been doubting about my Solarmax filters, whether it's dying or rusting or not.  Before I sold them, I managed to capture this shot with the aperture partially blocked my the window frame.

Not bad it seems.

The ASI 290mm has a smaller chip than that of the 120mm, even with the reducer in place, I could no longer capture full disc in a single shot, so I simply removed that reducer lens!

The visual view was stunning as well.

A few more shots pending, time to get back to work.

My ASI 120mm seems dying.
On plugging in, nothing shows up with only dropped frames.
Trying to plug in another computer, same thing.
Trying to plug in my ASI 120mc, everything works.... Going back to the first computer, no problem too.
Going back to an old monochromatic camera, Sharpcap no longer works with it.
Going back to the ASI 120mm, it works suddenly however the image quality was a bit strange.  Extremely poor seeing?  I dunno.
Shall try again next time.
Luckily,  nothing worth to record after checking visually.
張貼者： Oldfield 位於 2:55 PM 1 comment: 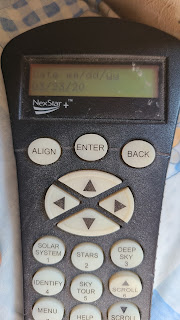 Failed to detect my ASI 120mm for the first time, have to re-install the device driver.  And then upgrade Sharpcap thinking every will be fine.  But then cloud rolled in!

Waited for half an hour or so?  Finally managed to take a brief video clip, super poor seeing as below. 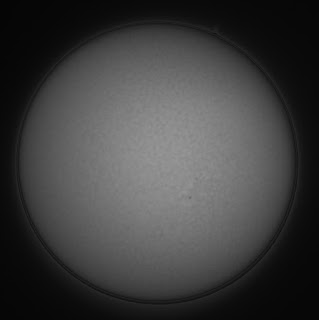 An interesting prominence on top, and a tiny active region a bit off the center. 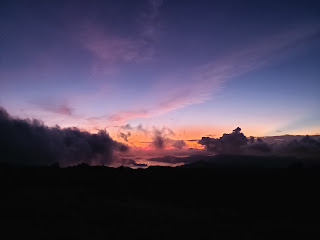 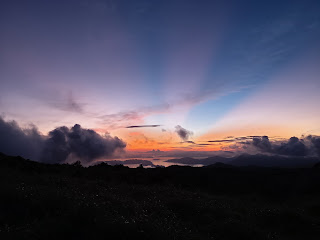 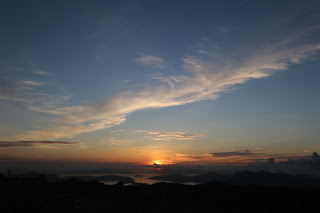 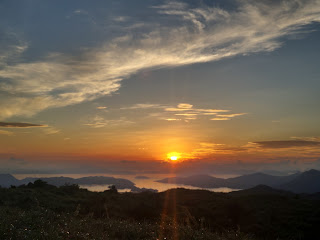 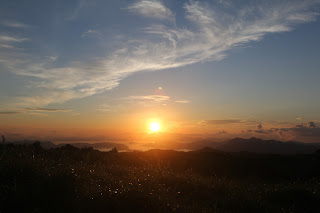 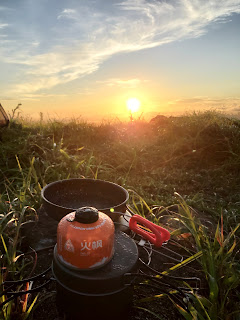 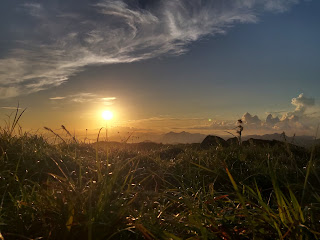 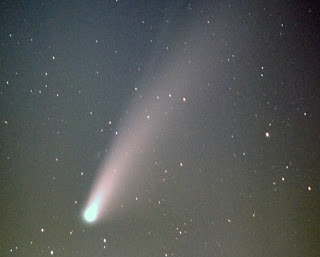 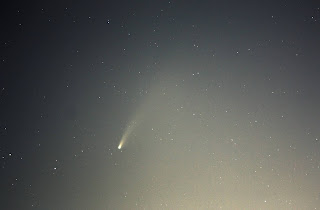 Waiting for the sky to get darker. 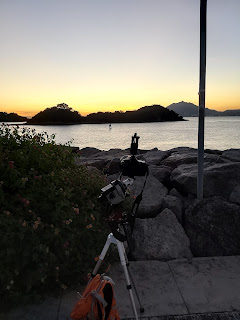 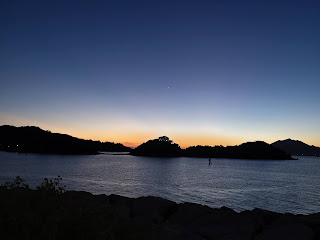 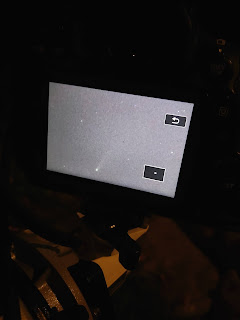 And then I pulled out my Canon 200mm f2.8 to capture some more close up, while waiting, I took this selfie with my setup, 8kg total which includes: 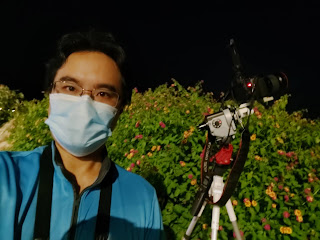 The comet tail was apparent with my Canon 10x30 IS, the site was very bright as shown in the above picture, and so I couldn't see the comet with naked eyes.  Actually, only a few stars could be seen with naked eyes.  But once it's located with the binoculars, it's easy to point at it.
張貼者： Oldfield 位於 11:09 AM No comments:

We might see this comet in the evening sky, so I went to a nearby location to try.

The moment just before the sun went down behind a small hill top nearby, it was a bit cloudy. 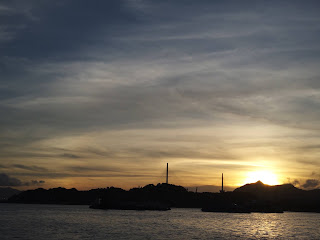